Ben Platt’s Sing To Me Instead Album Review 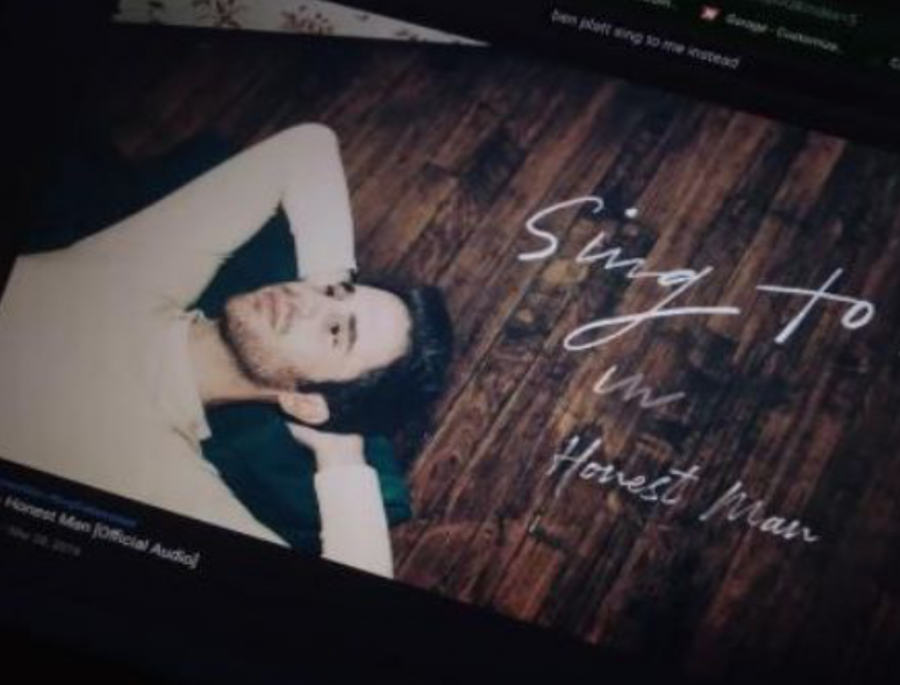 At a young age, Ben Platt became interested in the theatre arts. When he was 11, he took the opportunity to do a small tour with the musical Caroline, or Change. Since his debut in the musicals, The Book of Morman and Dear Evan Hansen, Ben Platt also starred in the Pitch Perfect movies leading to his nomination in the Teens Choice Awards and a Tony Award. He has appeared in other movies and shows and is now the lead in the series The Politician on Netflix. That same year Platt released his album Sing To Me Instead.

Sing To Me Instead, released on March 29, 2019, is a Pop album of 12 songs that revolves around the world of love, heartbreak, and healing. With each song, I felt as if I were being drawn in and invited to see Platt’s love story.

One of the songs, “Share Your Address,” tells the story of how Platt is known to move fast in a relationship and has quickly fallen in love. “It’s ’cause I’ve waited far too long, for someone just like you,” inferring that Platt was tired of waiting, and now that he’s in love he wants it all. It contains a very upbeat rhythm that invites the listener to get up from their seat and start dancing. At the beginning of the song, the music seems exciting and the piano part is repetitive but enjoyable.

A song that also tells a story about a new love is “Honest Man.” In his documentary on Netflix, Platt stated that he wrote this song about a past relationship where his boyfriend hadn’t come out yet and Platt described how he wished he could’ve tried his best to support the relationship and his partner as he went throughout his journey of coming out. Throughout the song, the piano seems to stay the same quiet soothing sound. The beginning starts off slow and quiet but by the end, it’s a bit faster and there are more high notes. This song is something that some people can relate and sway their heads to.

In “Temporary Love,” written by Platt, Ben Abraham, and Jonny Price, Platt sings a song that would bring ease to a partner who has been heartbroken many times and fears a new relationship. The lyric “This is not a temporary love” repeats all throughout the song, and “Know your heart is in my hands,” gives hope to the listener that unlike past relationships, this one won’t lead to a big heartbreak. The song could possibly be a storyline that follows after “Honest Man,” in which the partner is still doubting a relationship with Platt’s character.

“Hurt Me Once,” is a song that is a sudden change from Platt’s previous songs. Composed by Platt and Eg White, this song tells a story about a relationship that is slowly ending, where one is losing interest and the other desperately wants the relationship to continue. The song brings a melancholy vibe that is sure to cause sorrow to everyone who has ever had a heartbreak. The lyrics, “You have all these choices, I have none,” implies that the partner who desperately wants to save the relationship knows that one doesn’t work without the other. They know that if a partner becomes disinterested in the relationship, it’s not worth saving, it’s up to the disinterested partner to decide if the relationship should continue. There’s nothing to do but to wait around to see if heartbreak is going to come. It may be a sad song but the lyrics make it a catchy song that even someone who’s never experienced a relationship heartbreak will be able to enjoy.

One of the most popular songs in the album, “Grow As We Go,” follows the theme of heartbreak. In this song, one partner is lost and believes that in order to grow they need space from the relationship and that it should end. This song is in the view of the second partner, singing that the other one doesn’t need to leave in order to change, that they can grow together. The background music is very calming and can leave the listener at ease. The lyrical section encourages a healthy relationship in which the partners talk to each other and help one another through “every twist and turn.”

A song that moves from heartbreak to healing is “New.” In this song, Platt expresses how after an ended relationship, he feels like a whole new person. The lyrics begin, “Wish that I’d known, this feeling was coming, when I was crying over you,” describing how even though a breakup may hurt, it will be over and you’ll feel like a new person that you never would have imagined. The beginning rhythm was electric and can cause your body to move to the beat. The line “Burned all your letters just for fun” shows how easy it is to just let go and discover the new person that you’ve become. This is a great song for anyone who is past the point of being sad after a breakup and gives them a chance to jump up and dance.

It’s a great album for anyone who’s in love, heartbroken after a breakup, or past that point and ready to become a new person. Platt’s music is creative and very enjoyable. Months after the Covid-19 outbreak, Platt released a new single titled, “So Will I.” He is also hoping to release his second album sometime in 2021.