How much has online learning affected how students live in their rooms? 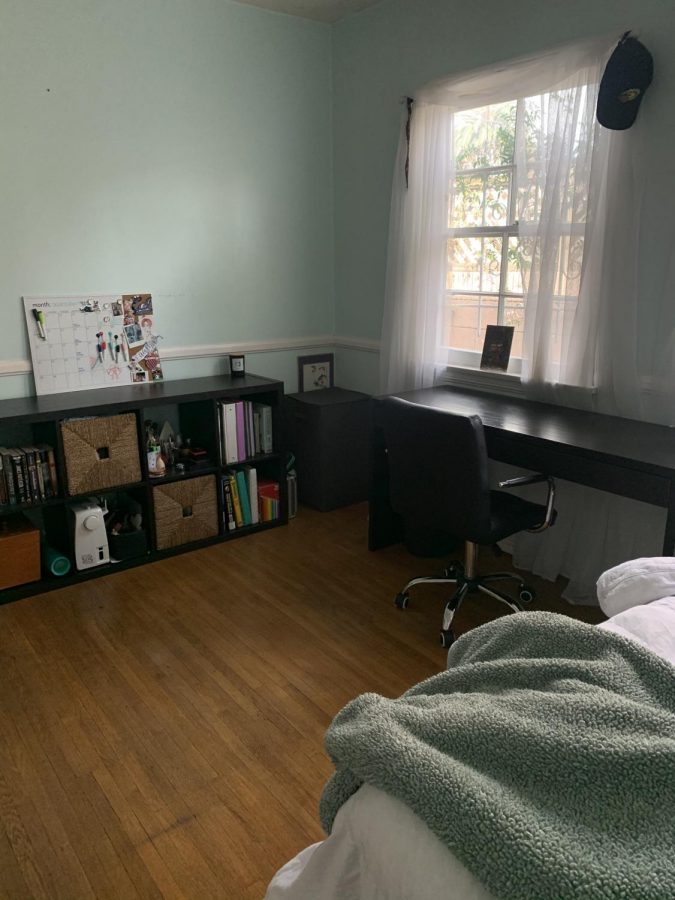 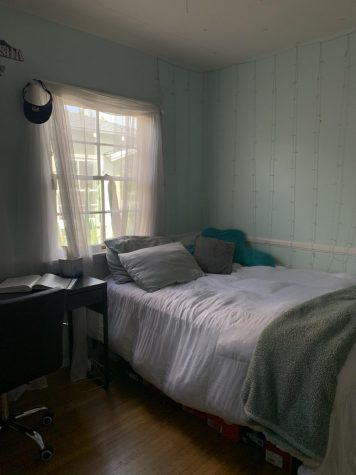 Due to students being stuck in their room for months on end, the condition of their workspace has taken a toll on them. It has been a drastic change, and students have been forced to transition from physical in-class schooling to online learning with virtual classrooms. How much has this change affected how students live in their rooms?
Many students have reorganized the layout of their room in order to improve productivity. Joseph Diress, a senior at Long Beach Poly, had stated that he’s “in the process” of a room makeover. With Diress being involved with Poly’s drama team and other on-campus activities these changes have greatly influenced his creativity. So far he said that he’s done “a lot of rearranging,” learning how to manage space while making his room more “roomy.” Through this process he has added things like a rug, bookshelf, alarm clock and other “nicknacks to help [his] workflow.” Although he’s made little changes so far, he’s said that they’ve already “helped with the workflow and creative process.”

This presents another relevant idea among students, many make their room more comfortable in order to accommodate for their time spent on their computers. Aasha McLyn, another senior at Long Beach Poly, rearranged her room by moving her desk to her wall near the windows in order to allow her to look out her windows during zoom calls. This change of furniture among other small changes such as candles and hanging lights has helped her “mentally” she said, making her “room feel like a more comfortable space to be in for more portions of the day.”

Alongside both Joseph and Aasha, I have felt many of the same experiences. With my involvement with various on-campus activities such as leading Poly’s Black student union, devoting hours on the track at track practice and spending extra time in various teachers’ classrooms, the change to online school has taken a toll on my highschool experience. In order to both increase productivity and feel more comfortable, I have made big adjustments to my room. Ranging from buying Funko pops to getting a new desk and rearranging the layout of my room, I’ve spent a lot of time and effort toward making my room more suitable for online schooling and comfort. This is because I’ve learned that the condition of my room affects my mental state and that investing in my workspace is investing in myself.
Students have made these accommodations, both big and small in order to succeed throughout online school. “It’s kind of a barrier,” Diress said concerning the challenges of learning at home. “physical school helps with mental health and many other things.” Making changes can help overcome that challenge, as McLyn said about her room, proclaiming that as a result of the changes in her workspace she has become happier while in it. These changes for students that are active socially and on campus have played a key role in their online schooling experience this year.